Brexit and the pandemic – have they changed the transportation industry?

The last two years have seen Brexit and the pandemic transform many aspects of life in the UK, and the transportation industry is no exception.

It would be ideal to analyse the current state of the transportation and haulage industries and determine which factors are a result of Brexit, and which are a result of the COVID-19 pandemic. However, this is very difficult to do.

Brexit officially happened on the 31st January 2020. The first UK lockdown was announced on the 23rd March 2020.

So, as you can imagine, the transportation industry has been affected simultaneously by these two events.

Something that has been massively impacted by both Brexit and the pandemic is the growing shortage or HGV drivers.

Why is there a driver shortage?

There was already a shortage of drivers hitting the transportation industry before Brexit or the pandemic had happened. Older drivers are reaching retirement age, whilst younger drivers are becoming harder to find. However, the situation has deteriorated in the past two years.

UK lockdowns meant that tests had to be postponed. Logistics UK estimates that there is a backlog of 45,000 lorry driving tests. Now lockdowns have eased, these tests should be able to get underway. The DVSA also announced that they hope to see test pass rates from 1,150 per week to 2000 per week by allocating additional staff and overtime.

Others attribute a huge loss of drivers to Brexit. Around 25,000 European drivers from the returned to their homes after the referendum announced that the UK would be leaving the EU. This could be due to fear or confusion about post-Brexit rules on immigration.

The new rules regarding work visas makes it difficult to recruit EU drivers quickly. Richard Burnett of the RHA has asked that short-term visas be allocated to foreign drivers so that the transportation industry has access to more drivers sooner rather than later.

Have vehicle sales been impacted?

70% of all cars sold in the UK are first imported from Europe. When the UK left the EU, it was expected that our ability to import would be impacted.

2020 saw a 29% decrease in car sales compared to 2019. However, this statistic can of course be attributed to the pandemic as well. Fewer people were driving or considering purchasing new vehicles when they had less need to leave their homes.

It was also expected that car prices would increase due to changes to importation procedure. However, this has been avoided. The UK government struck a trade deal with the EU towards the end of 2020. This deal prevented a 10% tariff being applied to cars and car parts imported from Europe.

Is driving in the EU any different?

There has been some confusion amongst drivers as to whether they need to carry a green card whilst driving in the EU.

A green card is proof from your insurer that your vehicle is ensured. It is needed in various countries around the world.

The EU have announced that drivers of UK-registered vehicles will not need a green card. This is especially useful for road hauliers; fleet managers can spend time less time worrying about whether their drivers have the correct documents. All UK vehicle insurance provides the minimum third party cover to drive in the EU and various other countries. 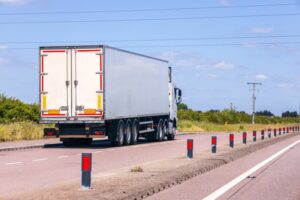 On a similar note, drivers don’t need an international driving permit (IDP) to drive in the EU as long as they have a photocard driving licence issued in the UK. However, it’s always worth checking the requirements to drive in each country on your route to avoid any further complications.

Previously, vehicles required a GB sticker if the number plate doesn’t already display the GB logo. However, this is set to become obsolete. From September 2021, the old sticker will be replaced with the new UK sticker. Whilst this may not be a direct result of Brexit, the decision is theorised to have been made to include Northern Ireland, which is part of the United Kingdom, but not Great Britain.

Why are some UK hauliers considering moving to the EU?

According to a survey by Haulage Exchange, over half of British haulage firms are making or considering an operations move to the EU.

The surveyed companies state that they have experienced longer border waiting times, and many said they spend longer doing admin before crossing into the EU. The survey also found that 69% of hauliers think Brexit has caused them to lose business, whilst 19% dealt with the delays and increased admin time by simply not doing business with EU companies.

The transportation industry in the UK is facing many changes as a result of both the pandemic and Brexit. Whether you are part of the businesses experiencing difficulties during this time, or part of the 6% who have seen no impact since Brexit happened, you should be considering how your fleet can be saving money.

Get in touch with Fuel Card Services today and see how we could help you save time and money. Our branded fuel cards and range of fleet management solutions are designed to get your fleets running at maximum efficiency.