When will self-driving fleets become a reality?

Virtually everyone is familiar with the idea of a self-driving car. US companies such as Tesla have been pushing the potential benefits of these vehicles to a consumer audience for years, all whilst presenting futuristic visions of safe and driverless future.

Beyond personal self-driving cars, though, lies the prospect of driverless taxi services, and even self-driving fleets. Imagine if the transport of commercial goods could be conducted by machines alone, revolutionising the fleet industry by boosting fuel efficiency and reducing its carbon footprint.

Recent 2020 data indicates that around 485,000 HGVs and 4,220,000 LGVs are registered in the UK. That’s a significant amount, so even a small improvement in either fuel efficiency, or time taken to deliver goods if driverless vehicles can operate without breaks, could have a huge impact on the industry as a whole.

In this article, we’ll take a look at the current state of autonomous driving technology, while exploring when self-driving fleets are likely to reach UK roads.

The most common industry term you should be aware of within self-driving technology is ‘ALKS’, or ‘Automated Lane Keeping Systems’. This technology enables a car or lorry to drive within a single lane, essentially meaning it could operate itself safely on any UK road, including motorways.

Recent government guidance on this topic indicates that vehicles fitted with ALKS technology could become legally defined as ‘self-driving’ this year. We may even see the first self-driving vehicles on UK roads by the end of 2021 – provided of course there is no evidence to suggest that the technology is unreliable.

Legislatively speaking, this would require an amendment to the Highway Code. As it happens, a consultation for what exactly that would look like concluded in May. Once published, it should clearly outline the ‘safe use’ rules for automated vehicles.

This could mean that drivers, fleet operators, and the general public soon gain clarity and guidance on the safety, practicality, and rules governing self-driving vehicles in the UK.

It appears, then, that we’re on a natural journey toward bringing driverless vehicles to UK roads. We’re at a fairly early stage on that timeline, and at present the government is busy paving the way for this project by setting the legislative infrastructure that should encourage the private sector to invest into this technology with confidence.

Are driverless lorries a reality in other countries?

Yes, in fact. In 2019, a Swedish lorry known as the T-Pod was launched by developer Einride. This vehicle is a driverless, electric lorry that is now used to make commercial deliveries.

The Independent’s coverage on this launch suggests that these vehicles can minimise operating costs by around 60% when compared with a driver-operated diesel truck. That could make it an incredibly attractive prospect for fleet operators, and it begs the question of when these types of fleets are coming to the UK, rather than whether.

These fleets aren’t fully autonomous in the truest sense, though. A supervisor is required to manage up to 10 of these lorries at a time, from miles away. So, the technology isn’t quite perfect, but it exists and (in some forms) has been legally granted a permit for commercial use in Sweden.

Self-driving fleets: what are the pros and cons?

Presuming the new legislation around self-driving vehicles is passed and that fleets take off; the industry will go through a period of change. Some of the benefits that driverless fleets could offer include:

The machines manage acceleration and braking mechanically, consistently eliminating any human inefficiency. Over long periods of time, this should result in fuel savings.

What’s more, the physical space a driver would currently require can now be removed from the equation, either resulting in individual lorries carrying less weight or additional goods being transported within a single journey. Once again, this could boost fuel efficiency across an entire fleet.

We human beings need rest, and there are many laws in place to decree how much rest drivers are entitled to, and how much they must legally take to remain alert. Consequently, longer drives may require two drivers handling one journey, taking shifts between them.

Automated, or semi-automated fleets would not pose this same requirement, meaning operators could potentially reduce the total amount of time needed to deliver goods, and save staffing costs which are likely to be replaced with, potentially cheaper, vehicle maintenance costs. 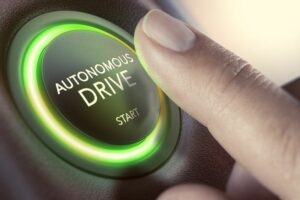 There are, however, some cons to this new technology, including:

It’s possible that there’ll be some parts of public that are reluctant to trust the safety aspect of self-driving fleets and cars alike. Consequently, there may be a slow initial uptake with this type of technology, or even some negative PR backlash thrown into the mix along with the positive.

The industry itself may also have to focus on reskilling, upskilling, and repositioning its employees if it turns out to be the case that tech support becomes much more in-demand than lorry drivers. Verdict estimate that 1.2 million jobs could be at risk from the introduction of driverless cars, and a similar story could affect the fleet sector.

However, it’s worth noting that this technology is likely to be phased in over a period of months or years, so this change may not feel too abrupt. Operators may do well to approach the change with a positive outlook and look to learn as much as possible about the new opportunities that their businesses could capitalise upon.

In conclusion, there’s no exact date set for when driverless fleets will become a reality. What we currently know is that the legislation needed to bring about this reality is currently being pushed through parliament, and across the world countries and businesses are starting to implement semi-autonomous iterations of this technology in a commercial setting.

We could well see driverless cars and lorries on UK roads within the next five years. This could bring about a wealth of benefits to fleet operators, but we aren’t quite there yet. So, how can you start enjoying cost saving benefits for your fleet today?

How can I save on fuel costs in the meantime?

That’s simple, you could start looking at ways to optimise the efficiency of your fleets immediately.

Here are some of our suggestions for how this could be achieved:

If you’re interested in learning about what we can offer you, contact one of our friendly experts for a tailored quote via our quick enquiry form.