Top 4 fuel choices for your fleet – which is right for you?

When you’re operating a fleet, keeping costs as low as possible is a key consideration if you’re going to turn a profit. And one of the main costs for any road-based business is always fuel.

However, it’s important to remember that fuel is a controllable expense, not one that simply needs to burn through money. In order to boost efficiency, you’ll want to ensure that you’re always using the best types of fuel for your business needs.

But how will you know which is the best choice if you’re thinking of upgrading your vehicles? Let’s take a look at the four main options currently available.

Petrol vehicles have typically been the most popular on Britain’s roads, largely because they’re the cheapest to both buy and refuel. They are also getting greener thanks to the addition of features like turbochargers and fewer cylinders.

However, they can be prone to overheating and they still emit unburned hydrocarbons, particulates and carbon monoxide from their exhausts. This meant that when emissions first began to be used as a factor in taxes paid on company cars, many businesses opted to switch to diesel.

A high proportion of fleet owners have traditionally opted for diesel vehicles, with brands such as Transit having built reputations for solidity and reliability. They usually have a longer lifespan and can actually offer better fuel consumption than petrol engines.

Indeed, diesel vehicles can use up to 30 per cent less fuel and emit 20 per cent less carbon dioxide than their petrol counterparts. However, they unfortunately emit far more exhaust particulate matter, particularly nitrous oxide. This can penetrate the human lungs due to its respirable size.

With research linking air pollution to thousands of deaths per year in built-up areas, this is undoubtedly a concern. Diesel shouldn’t be written off just yet, though, as carmakers are fighting back. New tech such as filters and additives aim to remove the dangerous particles before they are pumped into the atmosphere.

Hybrid vehicles are powered using a combination of a petrol or diesel engine and an electric battery, with the battery recharged while the vehicle is driven or through braking. Plug-in hybrids can also be charged from an external power supply.

This type of vehicle is becoming ever-more popular among fleet owners, as they can cut carbon dioxide emissions by as much as a quarter compared to petrol. Meanwhile, Which? research suggests petrol-hybrids are the most reliable type of engine.

However, range can still be an issue if longer trips are required, with hybrids most suited to shorter journeys around urban areas due to battery limitations. 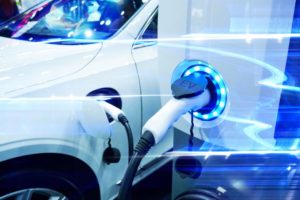 With no fossil fuel-based engine at all, all-electric vehicles (EVs) are powered purely with a battery and an electric motor. That means they’re about as green as you can get – zero emissions whatsoever are emitted while driving, plus they can usually be charged up from a standard power point (although super-fast charging may require dedicated infrastructure).

Fleet owners could also enjoy the added benefits of fewer moving parts meaning lower costs in areas such as servicing in the long term.

As with hybrid vehicles, distance per battery charge can still be a drawback when it comes to EVs, but this is something that is improving all the time. Manufacturers such as Tesla now boast EVs that can comfortably last more than 200 miles, meaning most fleet drivers should be covered without having to stop for more juice.

The best way to work out which of the above is best for your fleet is to take a look at your current performance, define where you want to be and then look for opportunities for improvement.

This should provide insight into which vehicle and fuel choice (or combination) is best for your particular circumstances.

How fuel cards can help

If you’re keen to collect more information about the fuel your fleet is currently using, a great option could be to issue fuel cards. You may already have seen these on garage forecourts, with companies that use Shell fuel, for example, able to pay with a Shell card.

Drivers simply charge the cost of fuel to their employer’s account and the final bills are paid monthly in arrears.

They are beneficial in this case as most fuel cards will issue economy reports as part of their service, which can then be used to analyse consumption and easily see where improvements can be made.

Other benefits of fuel cards include: 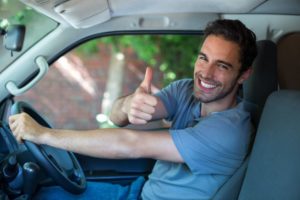 With green issues now a key focus for the government, it may be that we will all soon be required to make more environmentally-friendly choices when it comes to what we’re driving.

The Intergovernmental Panel on Climate Change estimates that there needs to be a 50 per cent reduction in global emissions compared to 1990 levels by 2050, while the UK government has set even more ambitious targets of 80 per cent.

Electrification of car and van fleets is being seen as a big part of this, although much criticism has been aimed at ministers for failing to have a true masterplan for the decarbonisation of transport.

For instance, the Committee on Climate Change said it wants to see greater incentives for commercial fleets to buy more efficient vehicles, which may include tax breaks and better charging infrastructure for HGVs.

Which fuel is best for you?

In the meantime, with petrol and diesel vehicle sales set to continue on top of the other options until 2030, the choice of fuel essentially remains down to the fleet manager.

However, by taking into account the business requirements, lifecycle costs, data monitoring and environmental concerns detailed above, you should hopefully now have a better idea about what fuel choice would be best for your fleet. Contact us to find out more about fuel types and which fuel card would work best for you.