The future of transportation – what will it look like?

As we leave 2020 behind, it’s a great time to look at the future. And in particular, how we’re going to get about in the years to come. There have been promises of self driven cars and new fuel types for years, but these hopes have always outweighed the reality. Until now, that is.

With technology finally catching up with ambition, the transportation industry is set for big changes in the coming years. So what can we expect to look forward to in the near future?

The rise of self-driven cars

Self-driven cars have been much-talked about for years, and some semi-autonomous assistants are already familiar. Tesla’s Autopilot feature, for example, can take away much of the monotony of motorway driving by following the road, accelerating and braking and changing lanes automatically.

But despite what some people seem to think, these tools aren’t truly self-driving and still need a human hand on the wheel. In fact, there’s still a long way to go to be truly autonomous.

There are five levels of automation that self-driving cars can fall into, and even the most advanced vehicles on sale today only reach level 2. The levels are:

Fully autonomous vehicles in levels 4 and 5 may yet be a while away, but as artificial intelligence and machine learning technologies evolve, they’re much closer than they were even a couple of years ago.

The move to electric

It’s not just how you drive that’s set for a revolution. It’s also how you fuel your vehicle. Electric cars and charging stations are by now a familiar sight on UK roads, but in the coming years they’re set to become even more common.

In the long-term, drivers and fleet managers will have no choice but to adopt electric vehicles (EVs). Last year, the government announced plans to ban the sale of new petrol and diesel vehicles by 2030 – though some hybrids will still be allowed.

Often, the real barrier to electric cars isn’t the vehicles themselves, but the infrastructure. EVs work well if you’re simply making a short commute and return home to charge every night. However. it’s longer trips that may be more of an issue as currently, you might have difficulty finding a fast charging station. 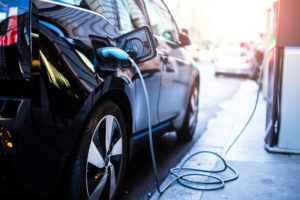 If fully electric cars are to become the backbone of the UK’s transportation system, the country will need to increase the number of stations. Until then, if you’re running EV fleets, you’ll need to make sure you know where available charging points are to keep your vehicles on the road.

One area that’s already seen big changes recently is the use of real-time data to monitor vehicles. For fleet managers, the information this offers will be invaluable.

This provides much more than GPS devices and real-time tracking to keep an eye on your vehicles at all times. They can also offer you recommendations to make your cars more fuel efficient. This could be better routing or alerting you to poor driver behaviour such as harsh accelerating and braking.

Other forms of transport?

Technologies like self-driving cars and EVs will be of most interest to fleet managers, but they’re just part of the future of transportation. Sustainable transport is set to be a huge priority for many firms in the coming years, as it’s a key part of promoting corporate and social responsibility.

This may start simple, such as encouraging ride sharing, but mass transit may also be set for a huge overhaul in the coming years.

For instance, high-speed rail is likely to be a top priority. While projects such as the HS2 line may be the focus, who knows what the future may bring. Elon Musk’s Hyperloop, for example, could be the future of high-speed travel. Or perhaps it will be something like maglev trains or gyroscopic vehicles that change the way we think about travel.

Until then, most of us will still be sticking to the roads. Therefore, you need the right tools to make sure your drivers are as safe and efficient as possible in a changing environment. Get in touch today to find out what services we can offer to help.