It’s a question that car buyers have been asking for years: should I opt for a petrol or diesel vehicle? This is a decision that’s especially important to fleet buyers looking to keep costs low and economy high.

Of course, in today’s environment, it’s no longer an either-or choice. There are also a range of cars available that use electric power to some extent. This is only set to grow in the coming years.

However, for now, let’s focus on the more traditional options to determine which will be better for you.

Is diesel falling from favour?

The popularity of diesel vehicles has risen and fallen over the years. In the early days, they had a reputation as smoky, smelly and slow cars that sounded more like farm equipment. But this perception has altered as technology has improved and diesels have closed the gap with petrol.

The potential cost savings you could enjoy thanks to their greater fuel efficiency then led to a surge in demand. However, recent developments like the 2015 VW emissions scandal have again tainted some people’s perception of diesel.

In 2016, the number of petrol and diesel cars sold in the UK were almost identical. Some 49 per cent of sales were petrol and 47.8 per cent diesel, with electric accounting for around three per cent.

Since then, however, the popularity of diesel has fallen significantly. In 2020, just one in four new cars registered was a diesel, compared with 63.5 per cent petrol and almost 11 per cent electric. So, does this mean diesel’s time has passed? Far from it.

The pros and cons of petrol and diesel cars 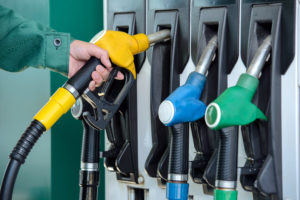 There are still several good reasons to invest in diesel vehicles. Greater fuel efficiency is still a major benefit. These cars typically use around 15-20 per cent less fuel than petrol cars. This means lower running costs, which can offset higher initial purchase and fuel prices.

However, petrol remains cheaper than diesel. What’s more, while diesels have historically kept their resale value more than petrol, this is changing in response to shifting buyer demands and new regulations.

When it comes to the environmental factors, things are a little more complicated. In terms of carbon emissions, diesel-powered cars produce less CO2 than petrol. But while this is often used as the primary indicator of a car’s eco-friendliness, there are other factors.

For instance, diesels produce more nitrogen oxide than petrol, which also contributes to climate change. However, this can vary from vehicle to vehicle. Which?, for instance, found some diesels produce less NO2 than some petrol cars. Therefore, if your green credentials are a factor, it pays to do your research.

One of the main deciding factors will be the running costs of your car. This typically means looking at fuel consumption. As noted above, diesel engines tend to be more economical than petrol – but does this offset the higher cost of fuel per litre?

The answer is that it depends on how much you use your car. Generally speaking, the more miles you do, the cheaper a diesel engine becomes in the long run. According to Which?, it can take between six and 11 years to recoup the extra fuel and purchase costs of a diesel. If you do very high mileage, however, you could start saving money faster.

But the cost of fuel is not the only consideration you’ll have to make when choosing between petrol or diesel. The type of engine you’ve got also factors into your car tax obligations.

For older cars, tax bands are based on emissions, so if you’re buying second-hand, a diesel could prove cheaper. However, for those registered since April 2017, only the first year’s ownership is taxed this way, with a standard rate applying afterward. This could greatly reduce any tax savings you may expect to make on a diesel.

Should I buy petrol or diesel cars for my fleet?

As well as fuel usage, there are other factors related to how you use your vehicle that may impact your choice. How and where you drive also makes a difference.

For example, diesel engines generally take longer to warm up than petrol engines. Therefore, if you’re doing a lot of short trips around town, petrol may be a more economical option.

On the other hand, some drivers prefer the improved low-torque performance of a diesel. Driven sensibly, a diesel will use less rpm and need fewer gear changes than a petrol engine. They also offer more pulling power, making them handy if you’re going to be towing a trailer.

You may also need to think about whether you’ll be driving in low emission zones. London already has an ultra-low emission zone for cars, and several other cities are set to follow suit in the coming years.

If you have older diesel vehicles – especially those that don’t meet Euro 6 emissions standards – you could therefore end up paying a lot of money to drive in these areas.

What about electric options? 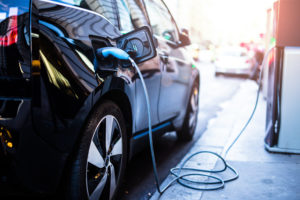 While petrol or diesel is still the main choice for many buyers, you may want to look to the future. In this case, you’ll have to consider whether a full electric or hybrid car will be worthwhile. Indeed, with the government going ahead with plans to ensure all new cars sold are electric by 2030, this will become a necessity in the coming years.

There are three main choices available for electric cars. These are:

When compared to petrol or diesel cars, the main advantages are much lower emissions and reduced fuel costs.

Each has its pros and cons. A conventional hybrid is the cheapest and least complex, but can only use a limited amount of electric power. This means you don’t see as many cost savings as a PHEV or full electric.

For fully electric cars, you would also have to factor in range. Battery technology is improving all the time, with some cars now able to go hundreds of miles per charge, but the charging infrastructure still has some way to go.

As you can’t simply pull into a fuel station and fill up in five minutes, more careful route planning may be required for long journeys. However, for shorter trips where you can recharge regularly, this shouldn’t be an issue.

Choosing the best engine type for your fleet can save you huge amounts of money in the long run, especially when combined with the right fuel card. Contact our experts today to find out which would be best-suited to your needs.