Can synthetic fuels save the combustion engine?

The idea that synthetic fuels could sustain the life of cars with internal combustion engines (ICE) brings hope to many car lovers.

Whilst the introduction of electric vehicles is a fantastic step forward in the goal for carbon neutrality, some can’t help but wonder what it means for those who still rely on fossil fuel burning vehicles.

What are synthetic fuels?

Synthetic fuels, or eFuels, are a liquid fuel just like the ones used today. However, they are manufactured using an environmentally friendly, carbon neutral process.

These artificial fuels are compatible with the combustion engines we use today. They can even be delivered through the same pump system.

With the government placing a ban on the sale of new petrol or diesel cars and vans in 2030, many have questioned what it means for their current vehicles.

Some people may not be ready to make the switch to electric vehicles by 2030, especially if their location means they don’t have access to charging stations.

With synthetic fuels, they may not need to make the transition. If eFuels were introduced commercially, we could see carbon neutrality in many vehicles – not just electric.

Why are synthetic fuels better for the environment?

These fuels are made with a carbon neutral process. The initial step is to extract hydrogen from water through a process called electrolysis. However, we still need carbon for liquid fuel. This can be extracted from the surrounding air, making use of the emissions that we are trying so hard to reduce.

Combining the hydrogen and the CO2 is what makes synthetic methanol. It can then be refined to create artificial petrol, diesel or kerosene.

Of course, the synthetic fuel is only as carbon neural as the process used to make it. The process is powered by green energy sources such as wind or solar power. Unfortunately, as of 2021, this is still an expensive and painstaking process.

Whilst electric vehicles are considered to be the future of transport, they falter in one aspect that synthetic fuels do not. Creating the batteries for EVs is actually less sustainable than the process of creating artificial fuel, due to the amount of lithium that is mined. Whilst EVs may not produce any environmentally damaging emissions, their creation process still needs refining before they can claim to be completely carbon neutral.

Cars running on synthetic fuel of course do have emissions, but are carbon neutral since their power source was created using recycled carbon. 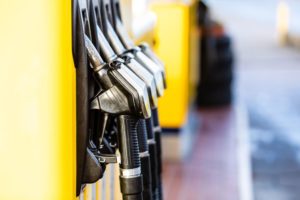 Who is developing these new fuels?

Companies such as Bosch are committed to creating fuels generated from renewable energy sources to ensure carbon neutral combustion. They point out that there are 1.3 billion vehicles in the world right now. If all of them could be powered with carbon neutral fuels, the world’s environmental targets could be within reach.

Porsche have also teamed up with Siemens, as well as energy firms Enel, AME and petrol company ENAP to build a factory in Chile. The location was chosen for its wind, as this can be used to power the fuel creation process. The factory hopes to produce 550 million litres of synthetic fuel by 2026. Unfortunately, the UK uses over 46 billion litres of fuel a year, so advancements are still needed in this area.

When will eFuels become commercially viable?

According to Ansgar Christ at Bosch, eFuels will become the number one choice of fuel once its carbon neutrality is legally recognised.

The creation process will also have to be made cheaper and more efficient. The price of these fuels would be much higher than fossil fuels if released to pumps today.

However, once more refineries are built, Bosch predicted that price of eFuels could drop to £1.04 per litre by 2030, and continue to fall after that.

The future of transport likely lies with both electric vehicles and synthetic fuel. Whichever you opt for, the industry is pushing further towards carbon neutrality. Get in touch with our expert team to find out more about how you can contribute towards this goal.